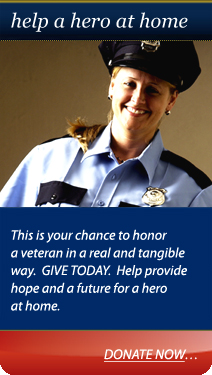 Our mission is to actively support Minnesota, Wisconsin, and Iowa military members, their spouses and children through the availability of financial scholarship assistance. The veteran or immediate family member must be pursuing an educational goal toward law enforcement. The memorial fund promotes the values of freedom, opportunity, responsibility, compassion and morality.

The fund will provide assistance to selected and approved applicants who qualify. With available funds, scholarships will be available throughout the year.

Specialist Daniel Paul Drevnick joined the Army National Guard in 2005. After completing both basic and advanced individual training at Fort Leonard Wood, Missouri, he became an MP with the Military Police Unit assigned to Stillwater, Minnesota.

Dan wanted to be a Minnesota State Trooper. During his time as an MP in Stillwater he continued his education, in pursuit of this career goal, by attending the law enforcement program at Century College. He also applied his skill and knowledge of cars at a local mechanics shop.

On March 2, 2009, Dan was deployed to Basra, Iraq. He was full of life with a socially-gifted spirit. In fact, he had the ability to befriend all—from the new guy to the salty old Sergeant. His comrades said Dan was always there for them: to listen, to boost morale, and to get things done.

It would be Daniel’s hope that his mission of service not end on that fateful day. The Daniel Drevnick Memorial Fund was established so his legacy lives on.